An estimated 6 million Americans are currently living with Alzheimer's, and two thirds of those diagnosed are women.  In this 3-part series, I discuss several scientific papers that shed light on the unique vulnerabilities of the female brain and the impact of hormones on the aging brain.  In this 3rd article, I'll explore how age, ApoE status and sex contribute to women's risk of developing Alzheimer's disease.

The Impact of Carrying the APOE4 Gene on Women

Age, ApoE status, and sex create a triad of risk of Alzheimer’s disease

While being female and getting older are the most common risk factors for Alzheimer’s, carrying the ApoE4 risk gene is also an important consideration. ApoE is a gene that has evolved over time to have three different variants, called alleles: ApoE2, ApoE3, and ApoE4. Everyone inherits two alleles of ApoE. You could have an ApoE2 and an ApoE3, for instance, or a combination of ApoE3 and ApoE4. It’s the ApoE4 allele that is considered a risk gene for late-onset Alzheimer’s. Possessing one copy of ApoE4 increases the risk of developing Alzheimer’s later in life by three- to five-fold; having two copies increases risk 15-fold. If you have one or two copies of ApoE2, however, it is actually a good thing—it protects you from Alzheimer’s.

In this 2016 paper Age, ApoE4 and Sex: Triad of Risk of Alzheimer’s Disease,1 Dr. Roberta Brinton and her colleagues explain just how differently the ApoE4 variant is expressed in women and men. When a woman is ApoE4 positive with one copy of the allele, she has roughly the same risk of that of a man with two copies. Once diagnosed, she is more likely to have an accelerated decline. Having even one copy of ApoE4, for a woman, shifts the Alzheimer’s risk curve to start five years earlier.

To explain why ApoE4 can be more devastating to female carriers than male, the authors of this paper address the complex differences between women’s and men’s brains. The primary role of ApoE in the brain is to help transport cholesterol molecules into cells. ApoE4, it turns out, is more likely to bring the harmful type of cholesterol, low-density lipoprotein (LDL) into a cell than the more cardioprotective high-density lipoprotein (HDL). ApoE4 is less efficient at delivering essential fatty acids to the brain, such as docosahexaenoic acid (DHA), which you may recognize as the crucial brain nutrient found in fatty fish and fish oil supplements. ApoE is also nicknamed “the amyloid-chaperone” because of its role in regulating how this sticky protein gets to the brain and whether or not it gets deposited and forms plaque, a pathological feature of Alzheimer’s disease. Are women hit doubly hard by these adverse effects of ApoE4 on the brain? It appears so.

As a woman ages, her ApoE4 allele impacts her brain in different ways. As a young woman, ApoE4 actually confers a cognitive advantage, helping her excel at memory tasks, processing speed, and verbal fluency. It’s long been known that women have superior verbal skills when compared with men, a factor that contributes to women falling through the cracks when screened for dementia, thus being diagnosed at a later stage.

By middle age, however, having ApoE4 becomes a disadvantage, making it harder for these women to perform cognitive tasks. Not only is a female ApoE4 carrier’s glucose metabolism impaired, she has difficulty accessing ketones—an alternate energy produced by the liver when the body goes into starvation mode. The brain is usually metabolically flexible enough to shift between using glucose and ketones. For the perimenopausal ApoE4 carrier, however, both pathways are impaired—a recipe for brain fog that may set her up for Alzheimer’s, too.

The good news for ApoE4 carriers is that researchers are figuring out how to turn these gene variants “off” with lifestyle interventions. Ideally both men and women with ApoE4 will have a team of specialized medical professionals—physicians in the field of precision medicine—who take into account their carrier status. While more studies are needed, Dr. Richard Isaacson and his colleagues at Cornell Weill and Harvard Medical Schools recently published recommendations for carriers.2 Several studies point to limiting alcohol intake if you carry one or both copies of ApoE4. There is also ample data to recommend boosting specific Mediterranean foods in the diet, such as fatty fish, extra-virgin olive oil, and sulforaphane- and quercetin-rich vegetables, like broccoli, cauliflower, capers, and arugula.

What about taking supplements for brain health? Isaacson and his colleagues identify certain vitamins and nutrients that are especially key for protecting the ApoE4 brain. Three of these—DHA, quercetin, and resveratrol—play such a crucial role in brain health that they make a case for taking them in supplement form in addition to eating a healthy diet to ensure one gets the proper amount.

Biological differences between male and female carriers of ApoE4 are complex, with a more dramatic impact on women. Female ApoE4 carriers have unique challenges getting enough neuroprotective nutrients to the brain, such as DHA, and may benefit from boosting intake of both DHA and EPA with food and supplements. Both male and female ApoE4 carriers may be able to reduce their risk of developing Alzheimer’s by following evidence-based lifestyle interventions and “precision nutrition” recommendations like limiting alcohol intake and boosting quercetin and resveratrol in both food and supplements. 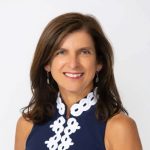